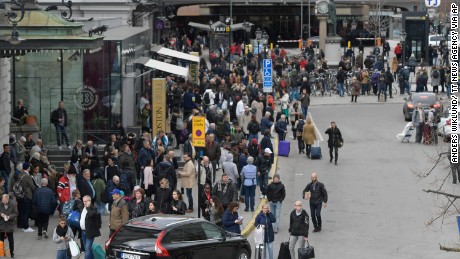 The Gulf Cooperation Council (GCC) for Arab States has strongly condemned the attack that took place in the Swedish capital of Stockholm on Friday, and led to the death and injury of a number of innocent civilians after the attacker had rammed into a crowd of pedestrians.

The GCC Secretary-General Dr. Abdullatif bin Rashid Al-Zayani, described the attack as a heinous terrorist crime that is contrary to moral and humanitarian values, stressing the GCC’s solidarity with the Kingdom of Sweden, according to the Saudi Press Agency.