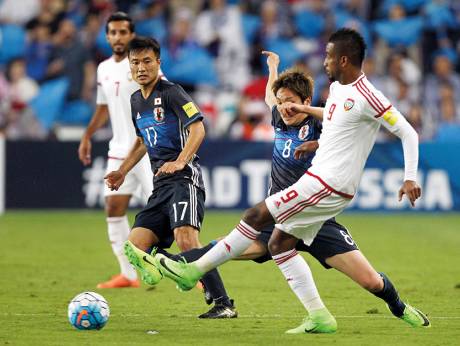 How the unbridled joy of September’s stunning 2-1 win in Japan feels like a distant memory now for the UAE, who suffered a dismal 2-0 defeat to the same opponents in Al Ain on Thursday night.

In mitigation, the UAE were without a string of key players in front of a near-capacity crowd in the Garden City, most notably their totemic striker Ahmad Khali, who failed a late fitness test on a calf problem. Another injury victim, the towering Al Ain centre-back Esmail Ahmad, was also badly missed.