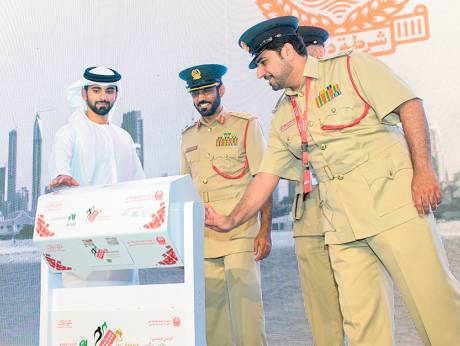 Two Emiratis on Sunday won two cars under the white points reward system for motorists who have not committed traffic violations for an entire year. Their names were drawn from a list of 2,000 “good” drivers and were picked out by Sheikh Mansour bin Mohammed as part of the annual White Points campaign.

Major General Abdullah Khalifa Al Merri, Commander-in-Chief of Dubai Police, and Chief Major General Mohammad Saif Al Zafeen attended the ceremony with Khalaf Al Habtoor, Head of Al Habtoor Group to honour the sponsors of the white points system and to participate in the draw where the prize given were two Hyundai cars.